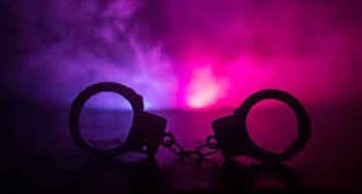 Hyderabad, Oct 4 (IANS) Three Iranian nationals have been arrested in Telangana's Medak district on charges of theft, police said. They were found allegedly involved in three cases of theft through attention diversion.

The accused have been identified as Davalu Kareem (26), Evaji Nadar (54) and Binyaz Brahman (35), all residents of Iran's capital city Tehran.

A police official said the Iranians had arrived in India on a tourist visa and the visa of one of them had expired a month ago.

According to Medak district Superintendent of Police, Rohini Priyadarshini, the trio committed theft at three shops after diverting the attention of shop owners while showing them Iranian currency for exchange the same with the Indian currency.

The arrests were made on Sunday by the police while investigating two complaints of theft received from owners of a chicken shop in Ramayampet and a gas agency in Chegunta.

Three police teams, constituted to probe the theft, scanned the CCTV footage after it was found that the accused went around in a car in different places in Medak district on October 1. On October 2, police traced the car and picked up three suspects for questioning. The SP said the accused confessed to the thefts.

The accused had arrived in Hyderabad a month ago and were staying at a hotel. The police were trying to gather more information about them from Iranian embassy.