4 killed as car overturns after tyre-burst in Telangana 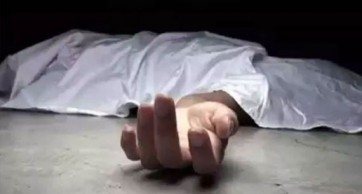 Hyderabad, Aug 10 (IANS) Four persons were killed and three others injured in a road accident in Telangana's Nizamabad district on Wednesday.

The accident occurred when a car overturned after one of its tyres burst near Kothapalli at Mupkal Bypass on Hyderabad-Nagpur highway.

The deceased include two children. The injured were admitted to Armoor hospital. Two children were among those injured.

The deceased and injured are said to be members of a family.

They were on their way to Nirmal from Hyderabad.

According to police, the driver lost control of the vehicle after tyre-burst and it overturned and fell on the other side of the road after hitting road divider.

Police registered a case and took up further investigation.